PORTFOLIO > THE ART OF ARRANGING SPACE IN NORTHERN LATITUDES 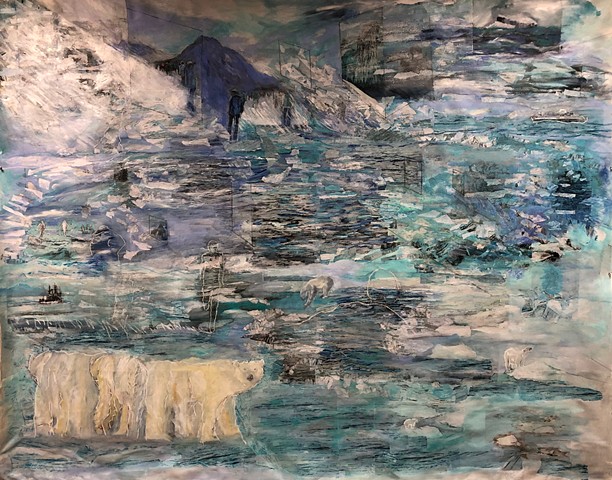 To Bear Witness
Acrylic paint, paper on Canvas
76.5in x 61in

The Art of Arranging Greenland
Acrylic paint, caran d'ache crayons, paper on Canvas
39.5in x 33in 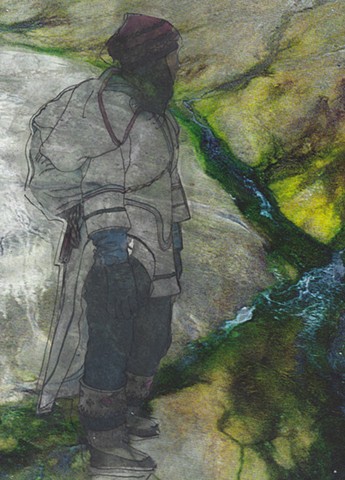 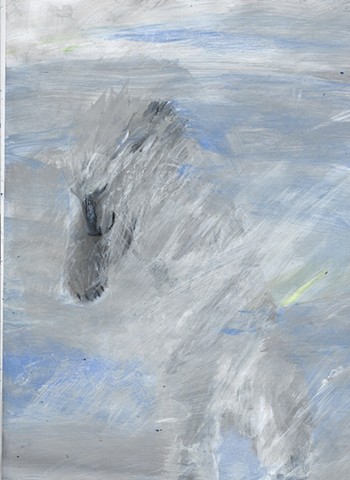 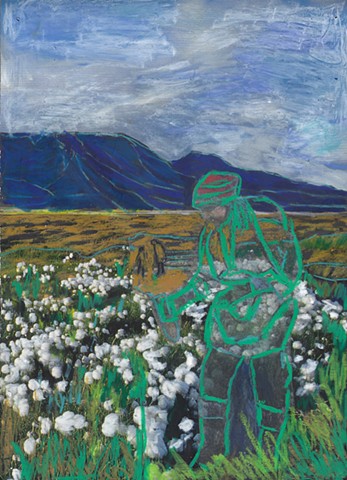 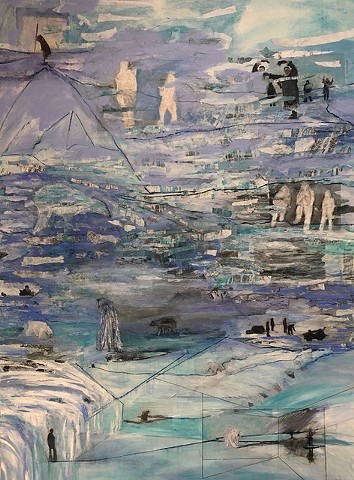 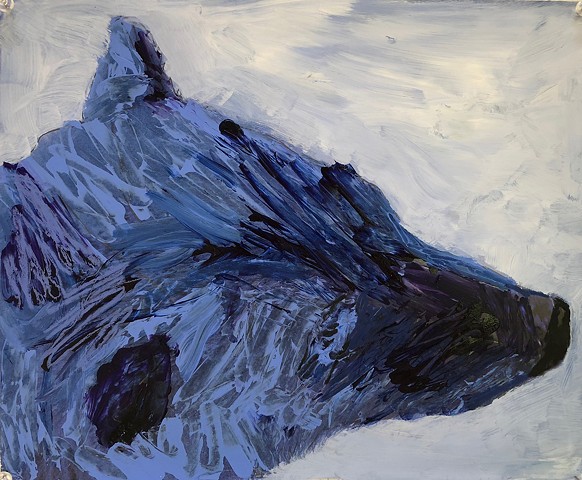 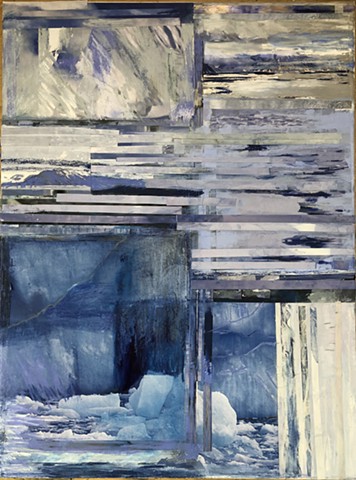 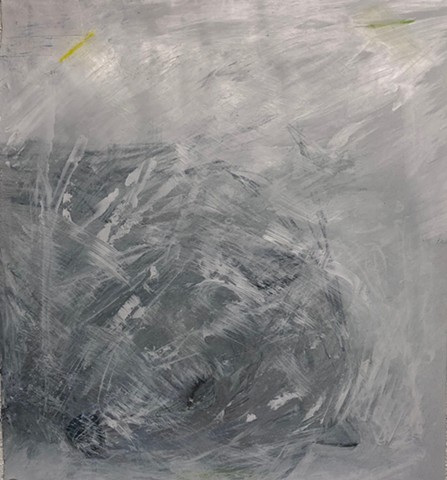 Sleeping White Bear
Acrylic paint on Paper
10.5in x 12.5in 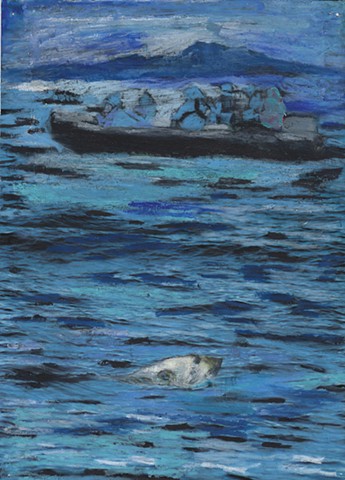 Arctic Transit
Acrylic paint on Paper
8.5in x 11.5in 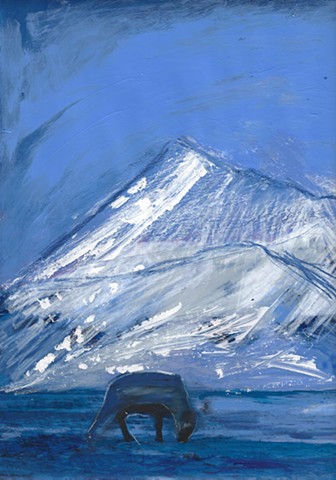 Caribou with Mountain
Acrylic paint on Paper
10.5in x 12.5in 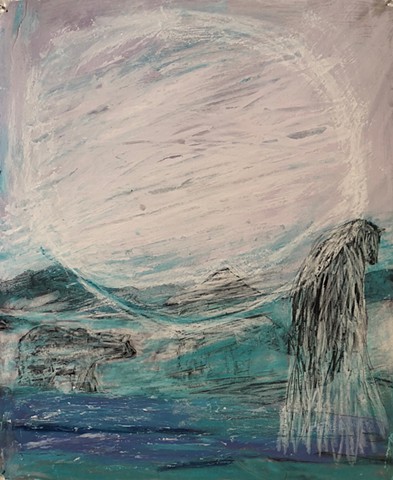 Shaman and Bear
Acrylic paint on Paper
10in x 12.5in 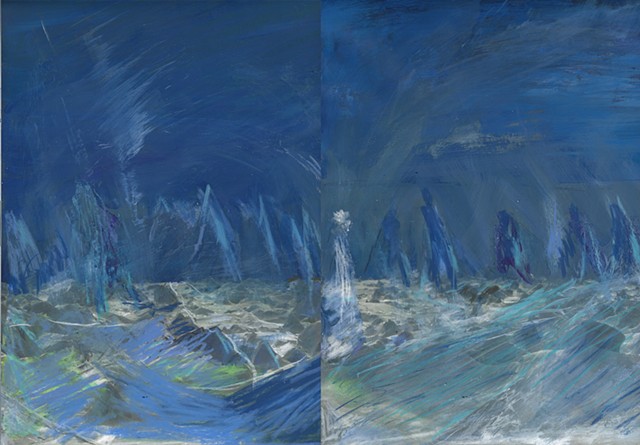 Ancestors
Acrylic paint on Paper
21in x 13in 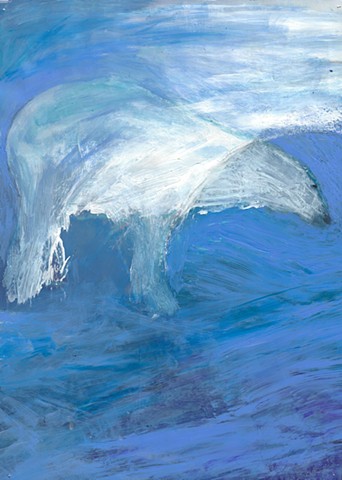 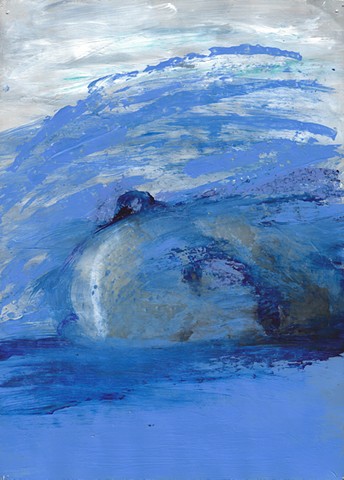 Sleeping Blue Bear
Acrylic paint on Paper
11.5in x 8.5in 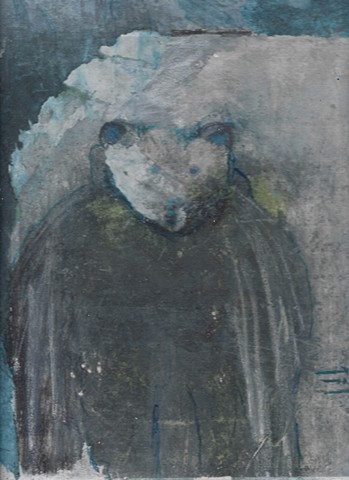 Polar Bear in Overcoat
Acrylic paint on Canvas
11in x 14in 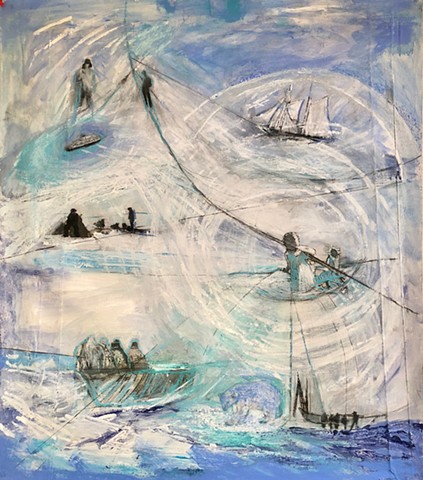 Arctic in Transit
Acrylic Paint on Unstretched Canvas
33in x 33in 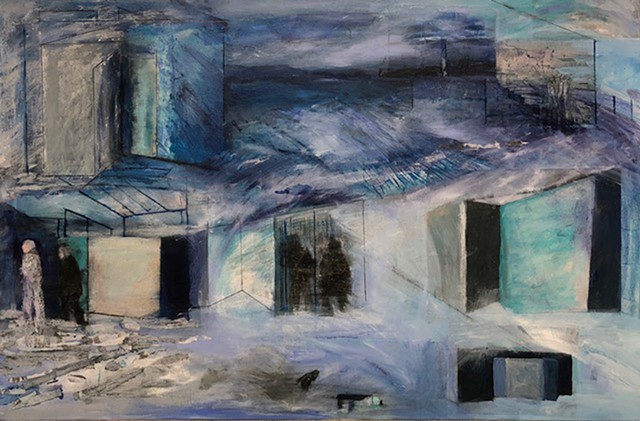 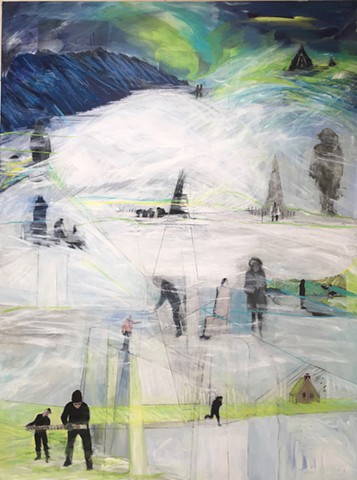 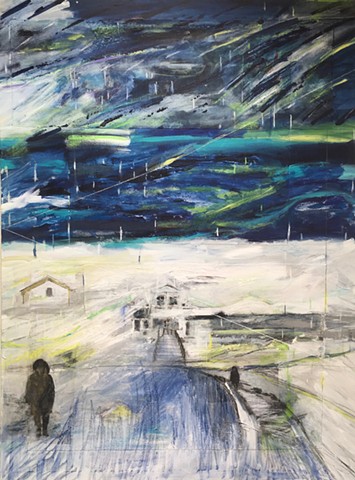 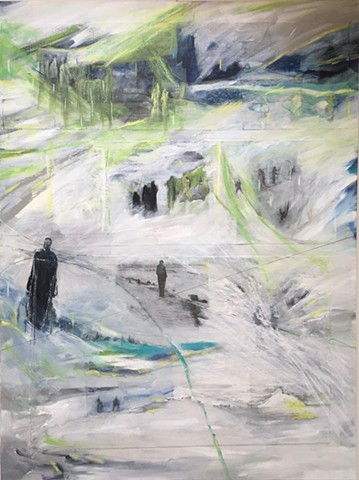 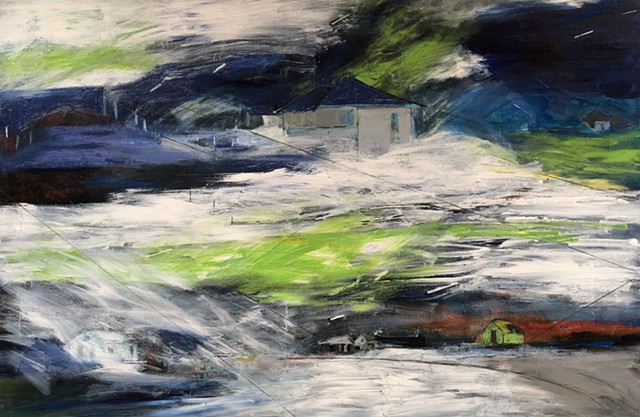 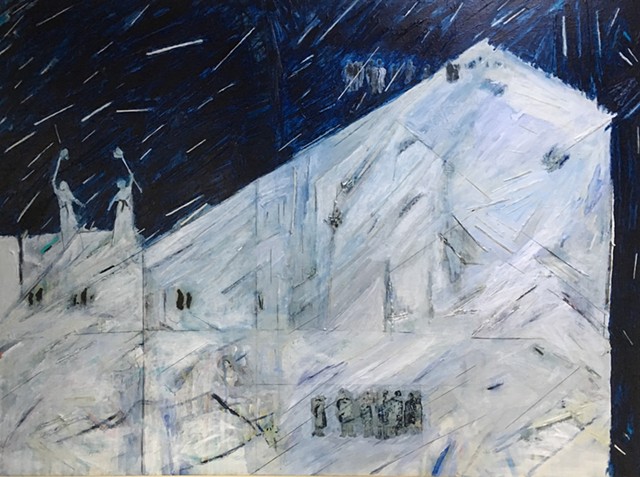 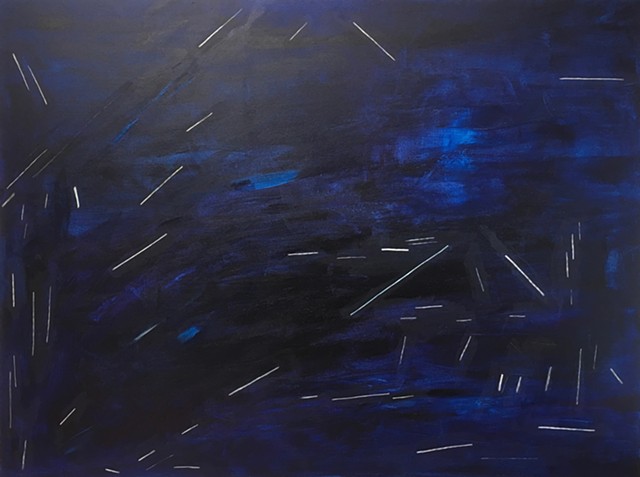 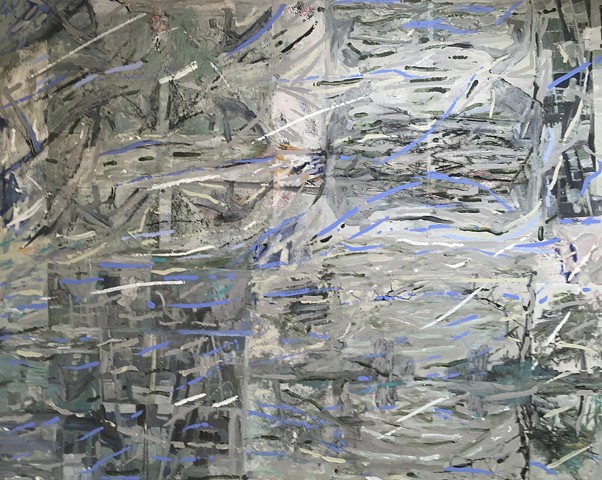 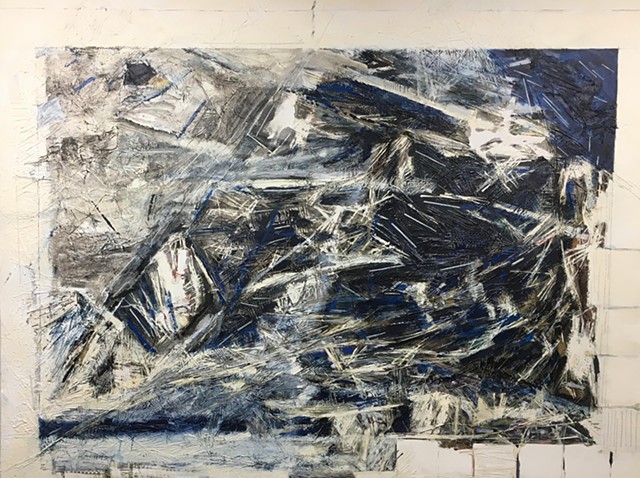 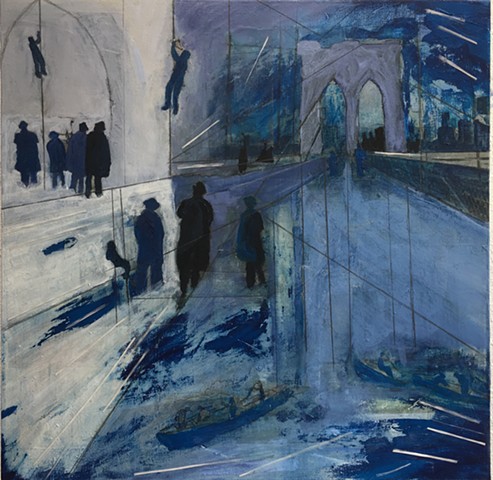 Crossing Bridges
Acrylic paint on Canvas
36in x 48in
$800

I find myself going to places to paint where the wild is still more dominant than human culture. For me, this journey began in 1996 going to the Big Island of Hawaii the southern most island in the United States. Hawaii’s southern latitudes held me for 16 years with a side visit to Kyushu Japan its southern Island.

For the last two years, I traveled north to Iceland, by air, then to the Canadian arctic and into the North West Passage, and Northern Greenland. The Arctic Archipelago is an intricate network of inter-island channels. In 2019, I went to Southern Greenland, and Wild Labrador.

My northern adventures were taken by small ship. With the ship acting as a floating home, I explored by zodiac transport remote waters and lands not accessible except by boat or air.

I floated upon the ocean and ice as a passenger of time not a maker. The ice cores and glaciers record time past and then melt into the present. Like the ocean and ice, my images expand and recede in and out of spatial realms.

The paintings in this section reflect my experiences in the wild and moved from there into my studio. The 2D space on my canvas, is interrupted and disrupted using shallow relief made by layers of paint and paper to create a 3D space.

Process and paint work together. Space also is built by relationships of paint and paper and image, and placement of these relationships provide orientation.